Consistency.  Traceability.  Value.  The three things people ask about most when it comes to buying local have become our guide-posts.  We aim to make buying local as simple as possible.

Learn about our commitment to local food

Over 50 years in the community 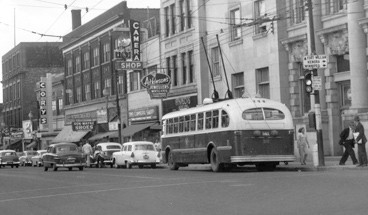 We’ve been a part of the community since Frank Petrone opened the doors here in 1951 under the name of Frank’s Locker Service.

Famous for frozen meats, poultry and groceries, Frank’s became an icon and in 2006 when Frank retired, new owner Luis Alves began operating it side-by-side with his other business, a broadline distributorship called LA Quality Foods.  Specializing in European products back then, Luis worked with suppliers like Saputo Foods, Midland Seafood, Sardo and Ferma Imports to supply Thunder Bay with specialty cheeses, a full range of fish and seafood, European food lines and pizza supplies.   Eventually the two companies merged and ran under the name of LA Quality Foods until 2015, when we re-branded to reflect the new focus we’ve directed at local procurement.

Learn more about our local initiative.